This means it’s the Gene Wilder version of Willy Wonka – as even further immortalized in recent years by the “condescending Willy Wonka” meme – that players are greeted with here.

The app is much newer, of course, having only debuted in its first version in March 2016, but it’s nonetheless already available across various platforms, including Facebook, Amazon, the Apple App Store and the Google Play store.

Willy Wonka Slots effectively recreates the factory from the musical fantasy film, with players invited to explore it while playing various slots games. In doing so, you can unlock new levels and discover various surprises, while following all of your favorite characters from the film, including Willy Wonka himself, Charlie Bucket (played by Peter Ostrum), and the Oompa Loompas.

The wealth of bonuses that can be enjoyed in the Willy Wonka Slots app includes:

At this point, we should probably assuage any concerns about the link between a children’s story and gambling, by pointing out that this isn’t a real-money gambling app, and is aimed at nostalgic adults instead of today’s kids.

However, it is the ability that the player is given to purchase further content and currency within the app that effectively enables the app to make money. Yes, you do get free credits, but these can run out quickly, so it’s important to be careful with your spending within this app.

There’s no question that Willy Wonka Slots looks the part. The fantastical imagery taken from the film is perfect for the world of slots, which is – after all – very much about vibrant, imaginative graphics and inviting the player into an alternate universe.

It’s great that so many of the film’s characters are represented – which nicely ramps up the nostalgia factor – and we can hardly complain about the incredible assortment of promotions and bonuses either, not least as they help to bolster the app’s longevity.

Unfortunately, while “millions” of credits each day sounds great, that may only amount in practice to a few minutes’ gameplay, which should perhaps be predictable given that the app aims to get you to spend your own money.

It’s therefore very much an app for those who are happy to “pay to play,” despite its ostensibly free nature. You just won’t get that much out of the app as a regular user unless you’re prepared to reach into your pocket.

Willy Wonka Slots has been developed by Zynga, which has done a great job of faithfully recreating the Willa Wonka world as it was shown in the movie. The interface is as colorful as you might expect, but not too garish, and manages to avoid looking too cluttered and “busy.” Navigation, too, is straightforward and intuitive, whatever the platform through which you access the games.

You can access Willy Wonka Slots through all of the below popular platforms:

The Zynga website is an impressive support resource, not least because there’s a Frequently Asked Questions (FAQs) section consisting of questions that are specifically about Willy Wonka Slots, such as “How do I get Wonka Bars?” and “What are Charlie’s Challenges?”

The rest of this extensive FAQs section covers such wide-ranging topics as your account and settings, legality, privacy, security and even the wider support community on social media.

Unfortunately, it appears that the links for the app’s social media profiles are rather outdated, as at the time of this review being written, there didn’t seem to be a Facebook or Instagram page anymore. The Twitter page still existed, but it hadn’t received any updates since October 2016.

The Willy Wonka Slots app has a definite sense of fun, just as you would expect from a slots app based on the imagery and themes of the iconic 1971 film. Like other apps of its type, it doesn’t reveal all of its attractions straight away. Instead, you have to play through the games, which enables you to not only win prizes and gain access to more games, but also explore more of the legendary chocolate factory.

As we mentioned above, though, it’s very easy to quickly run out of the limited number of free credits that the game gives you, which necessitates you purchasing credits with your own money if you are to get the most out of the game.

Still, as far as apps of this kind go, we’re impressed with Willy Wonka Slots. Access it via Facebook, Android, iOS, or Amazon today to discover its sweet treats for yourself.

This site is a free online resource that strives to offer helpful content and comparison features to its visitors. Please be advised that the operator of this site accepts advertising compensation from companies that appear on the site, and such compensation impacts the location and order in which the companies (and/or their products) are presented, and in some cases may also impact the rating that is assigned to them. To the extent that ratings appear on this site, such rating is determined by our subjective opinion and based on a methodology that aggregates our analysis of brand market share and reputation, each brand's conversion rates, compensation paid to us and general consumer interest. Company listings on this page DO NOT imply endorsement. Except as expressly set forth in our Terms of Use, all representations and warranties regarding the information presented on this page are disclaimed. The information, including pricing, which appears on this site is subject to change at any time. 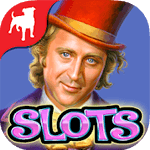 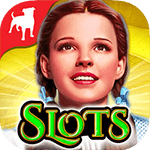 Wizard of Oz
Follow the Yellow Brick Road with Dorothy in the Wizard of Oz Slots Game!
PLAY NOW
our #1 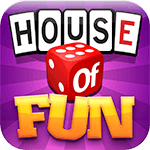 House of Fun
House of Fun sure lives up to its name! Play free, fun Vegas-style slots.
PLAY NOW
View All Games